Well, I had a bit of a spurt of productivity. Lots of additions/changes so I’ll break it out into a couple posts.

First up, Nerf Bars! – Wayyy back when I first got the truck, I wanted to add some steps. Michael from ExPo gave me a set of steps a while back. After a lot of trouble and holding up where I thought they’d go, I caved; I just couldn’t do it. The bars just didn’t have any mount points I could use, not without access to a shop atleast. Since Aiden was going to come visit (this was just before our latest cali adventure), I thought getting decent steps would be a priority ? . SO, I hit up amazon and got some cheap-o bars. After an hour or so in a parking lot, I had a set of pretty decent looking nerf bars!

Second, New shocks!
These weren’t at all on my to-do list but mistakes were made and I needed a new set . Myself and a coworker put the front up on the jack to take a look at what it would take to replace the front ball joints. When lowering it back down.. well, the jack is a bit more sensitive than was expected and it came down hard.

Shipping from tirerack was super quick and I had the new ones on in 2 days.
– Promptly added and the crossed off “new shocks” from the todo list

Lastly (for this post), the ball joints.
MY LORDY, the squeak was real. Ever since I got the truck it has had a pretty bad and annoying front end squeak. I lube’d up everything that had a port and sprayed down everything else but nothing helped. It was just one of those “fixed by turning up the radio” type problems. While I had it at a local shop for a potential AC leak, I asked them to take a quick look. 15 minutes later and a whole lot of bouncing on the front end he decided that all 4 ball joints up front needed replacing. “Great, how much?” yeah, wrong question! o.o. I’m not exactly one that will pay $1,400 to fix a squeak!
… however, MOOG parts from amazon for $300 I can certainly do!

When the shocks went on, the new ball joints did too! 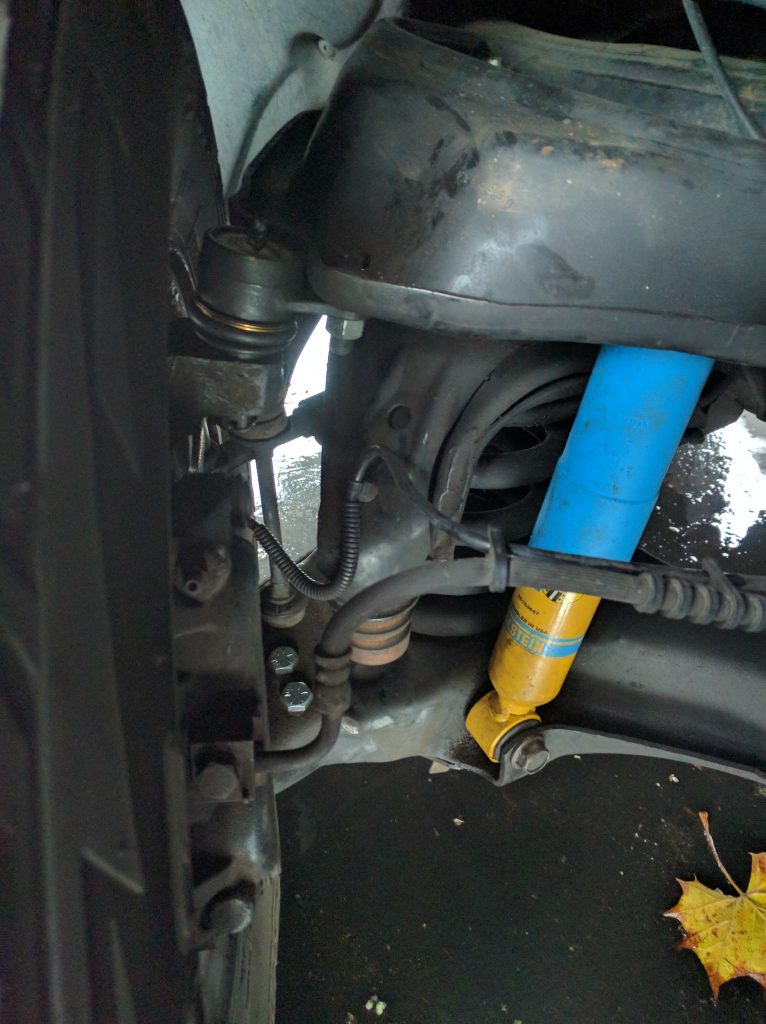 – I definitely lucked out with this one. The 2wd ball joints aren’t pressed in like the 4wd so no special tooling nor headaches were needed.

The ride is SO much better and the squeak is totally gone. The truck is practically silent…. pardon the engine noise and whatnot…