Alternate title: How I Called Corey’s Proposal about 10 Minutes Before It Happened

Alright y’all, I split day 3 out from the rest of the Kauai post for a pretty obvious reason. Corey proposed!! I wanted to have the full story written out without making the trip post crazy stupid long-winded.

Let me preface this by saying I had no idea it was going to happen. Yes, I knew where the relationship was going since we had been talking about it pretty much since we got together. So the fact that Corey proposed wasn’t a surprise. But I didn’t know he was going to do it on this trip, or on that trail! (In fact, I had come up with 100 reasons why he wouldn’t ask on this trip, but more on that later. Story time first 😉 )

Day 2 was pretty rough for me. I mentioned it briefly in the post yesterday, but here’s the part where I brag on my fiancé and probably embarrass him a little. I was struggling, both while snorkeling and while hiking, but he stayed by my side the whole time. He didn’t seem to mind the slow hiking pace; he didn’t swim off and leave me while I was freaking out a little in the water. I actually texted my mom that evening when we got back and told her I was going to have the best husband on the face of the planet (no he hadn’t proposed yet). He was so sweet, and his encouragement and support got me through the day. Now, on to the better part of the story!

After a pretty tough day, I was a little apprehensive about another 6 miles of hiking with a fair amount of elevation change. In fact, the 6 mile hike was the easier of the two options — the original plan was an 8 mile hike with ~1400 ft of elevation change. No thank you! But we got up first thing in the morning and off we headed to Awa’awapuhi. Starting fresh first thing in the morning definitely made things easier. More energy, cooler weather, etc. We get to the trail head and Megan insisted that Corey and I take a picture with the marker. She and Patrick knew this whole time, so of course they grabbed pictures.

We get to the turnaround — 3ish miles in — and it opens into this incredible view of the Na Pali coast and the Awa’awapuhi Valley. In fact, while we were sitting there relaxing and taking pictures, I leaned over to Corey and unknowingly predicted his proposing…

“This is pretty incredible…” -Corey

“Yeah, it would have been a really cool place to propose! And y’know, Megan and Patrick don’t really count as public since they’re family…” -me

(We had talked about not getting engaged in public and having the moment to ourselves). He just rolled his eyes, like he usually does when I’m being ridiculous. I swear, the man wasn’t fazed at all. I was teasing him, and that’s all I was going for. We kept enjoying the view for a few more moments, just soaking everything in. 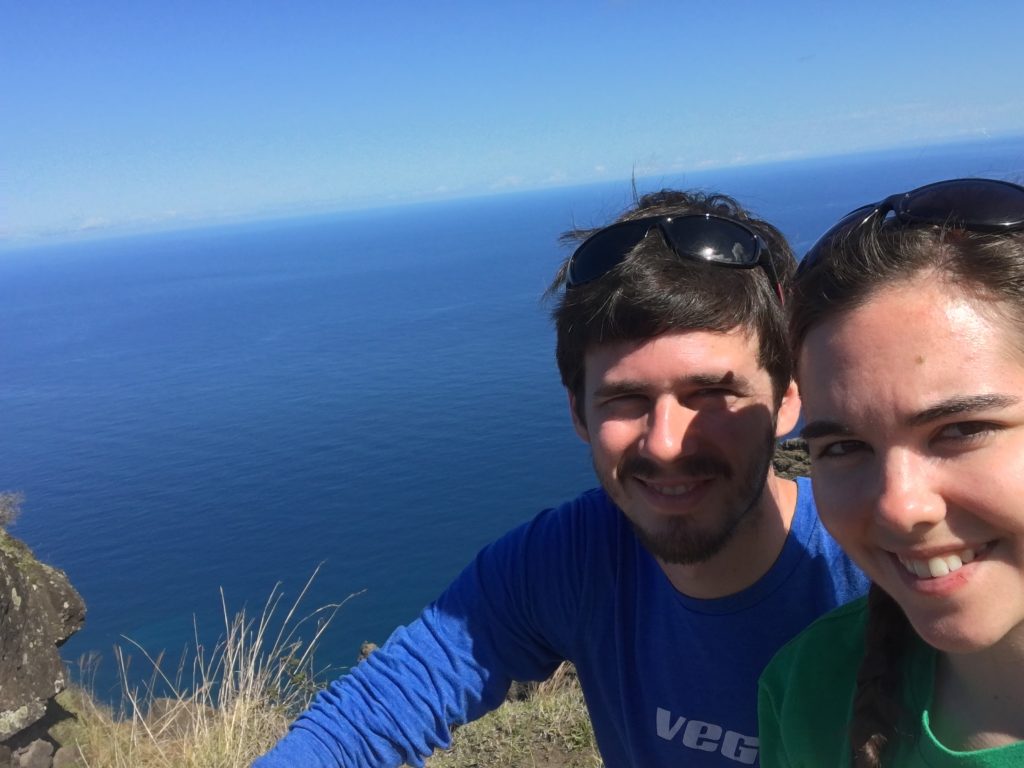 We finished taking pictures as Megan and Patrick came back toward us. Corey started packing his backpack up so we could hike back a little ways and eat lunch before heading back. As Megan and Pat passed us, Corey looked at them and told them to head on; we’d be there in a second.

And then he pulled the ring box out that he’d kept hidden for days….

He pulled me to my feet and popped the question! I kid you not, this is exactly how it went.

“Will you marry me?” -Corey

Yes, dear friends, he tried to get away with a two-word proposal. I can’t say that I’m surprised, though. He’s not very verbose anyway!

He slid the ring on my finger and I turned around to find Megan and Patrick taking pictures of the whole thing. I’m glad they let us have our moment, and now we have pictures of it! In fact, one of them is now my lock screen background 🙂

I wore (and stared at) my ring all through lunch, but I put it back in the box so it wouldn’t get dirty or scratched while hiking back. Naturally, that led to Corey teasing me about not liking the design he came up with since I gave it right back. Those comments were met with plenty of eyerolls. Even though I’d only worn it for a few minutes, my finger felt empty on the hike back! We did decide that whenever we come back to Kauai and want to revisit our spot, we’ll do it by helicopter rather than on foot 😉

The rest of the day, once we got back to the hotel, was spent calling family to tell them the good news. My family was our first call, and while we were waiting to call Corey’s parents, my mother’s head was about to explode! She had kept a poker face for months about this. Turns out, while I was out with a couple girlfriends from high school over Christmas vacation, Corey swung by to talk to my parents and get their blessing! My mom was rather tired of keeping the secret 🙂

I’ll leave y’all with pictures of our moment, and the ring! 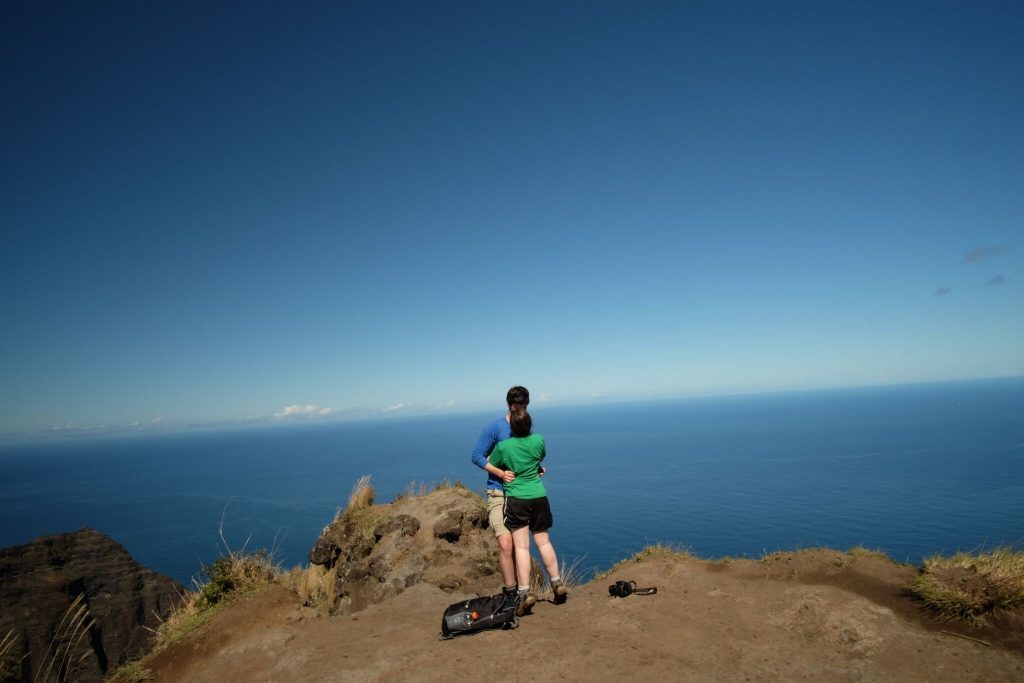 That’s our story, and I’m sticking to it. Talk to y’all later!