I know, I know. Long time no post. That’s what happens when you only see your best friend/adventure buddy once every couple months! Last time Corey and I were together was over the Christmas/New Year time frame, and it was relatively unadventurous. The back of his truck got built out, but I’ll let him tell you about that. We threw a game night at my apartment for New Year’s Eve with some friends of ours, and he then headed back to California. We didn’t get to see each other for two months solid after he left. Talk about torture.

There was quite a bit that happened on this vacation, so like the big California trip back in October 2016, I’ll break this into a couple posts.

Spark notes version: we did a ton of hiking.

We headed out first thing Wednesday morning to make our way out to Kauai. My first flight left at 6am, so it was a very early morning. I landed at LAX about a half an hour earlier than Corey did. We then very nearly missed our flight from LAX to Kauai! We went and grabbed food and by the time we meandered over to our gate they were calling us for final boarding. Whoops…

We did however make it on to the plane, and I napped on Corey’s shoulder since my day started about 2hrs before his did. When we landed in Hawaii, Corey’s sister and brother-in-law, Megan and Patrick, picked us up from the airport, and we all headed back to the hotel. (As an aside, they get photo credit for some of these pics. Yay shared photo albums!). They gave us a couple hours to freshen up after flying for several hours, and then we were off to the luau! We toured the beautiful Smith family grounds and feasted on the best pulled pork I’ve ever had. They cooked it there in the ground, covered in tea and banana leaves, using heated lava rocks. The Mai Tai’s were pretty delicious too 🙂

The next day started pretty early as well. We got up and drove to Hanalei Bay for a snorkel cruise around the NaPali coast, and then we hiked part of the Kalalau trail that afternoon. I’ll be honest y’all, that day was not my favorite. I discovered that snorkeling doesn’t agree with me (yay claustrophobia) and that hike was brutal since there was a fair amount of elevation change and we started in the heat of the day after already being tired from swimming. However, the views from the boat and the trail were pretty amazing, so the day wasn’t a total loss! 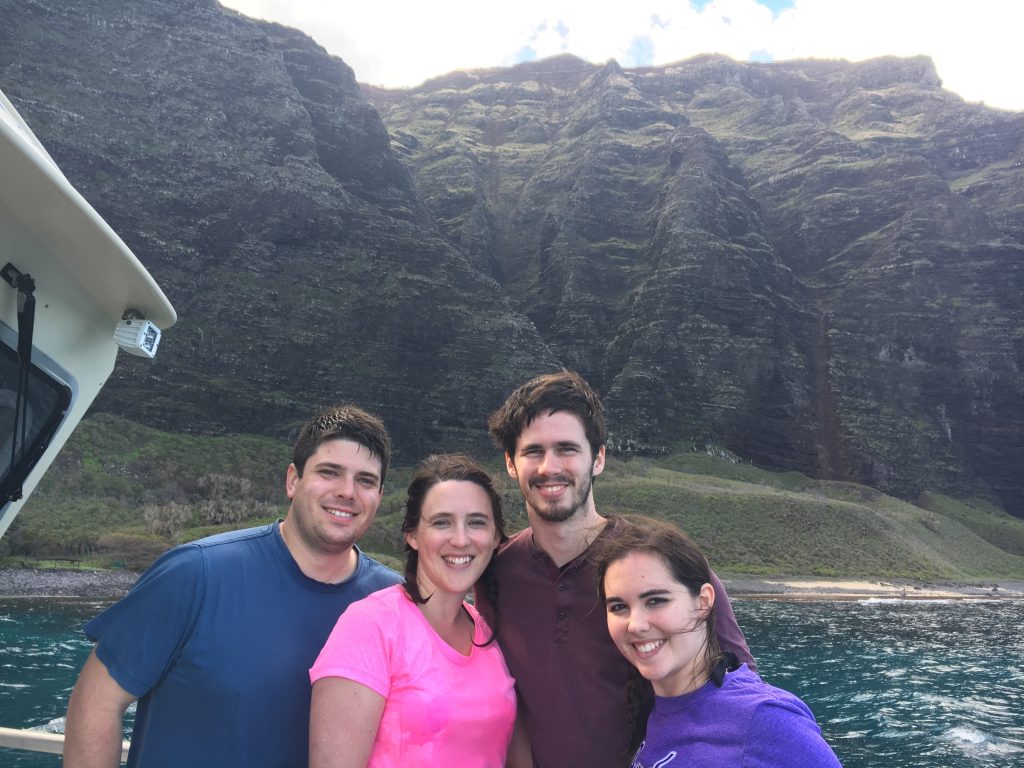 Day 3 was a day I’ll never forget, but y’all are going to have to wait for the next post to hear about it!

Day 4 was a rest/recovery type of day since we had hiked ~12 miles the last two days with lots of elevation change. We started with a tour of the Kauai Coffee estate, complete with a taste test! Patrick and I loved it since we’re coffee drinkers. Megan and Corey skipped that part 😉 We then made our way over to the Glass Beach — the rain was creating a fair amount of runoff, so naturally I took a video and sent it to my civil colleagues at work! The runoff was even red, so it felt like home. We finished up our quick stops by stopping by the swinging bridge. I was a very happy civil engineer!

Across the bridge there was a small gallery where Jan sold prints of the pictures she’d taken in her relatively short time living on the island. Basically, she described our retirement goals! We hopped over to a little beach trail that Megan and Pat discovered the last time they visited — the Maha’ulepo Trail. The day was gray and overcast, but it was still pretty neat!

Day 5 was messyyyy. Holy mud, Batman. We hiked the Pihea trail to get to the Alaka’i trail. Now, the Alaka’i trail was advertised as pretty flat and easy to tackle. What the guidebooks failed to mention (or we all failed to read!) was that the Pihea trail involved some pretty impressive hills to overcome! We were climbing through the mud before we even got to the “easy” swamp trail! By the time we got to the Alaka’i trail, we were all coated with mud up to the ankles with splashes up to our knees! The Alaka’i trail was actually pretty easy. It was mostly boardwalks and wooden stairs. Granted, some of those stairs were missing, but luckily Corey was around to pick me up to scale the gaps 😉 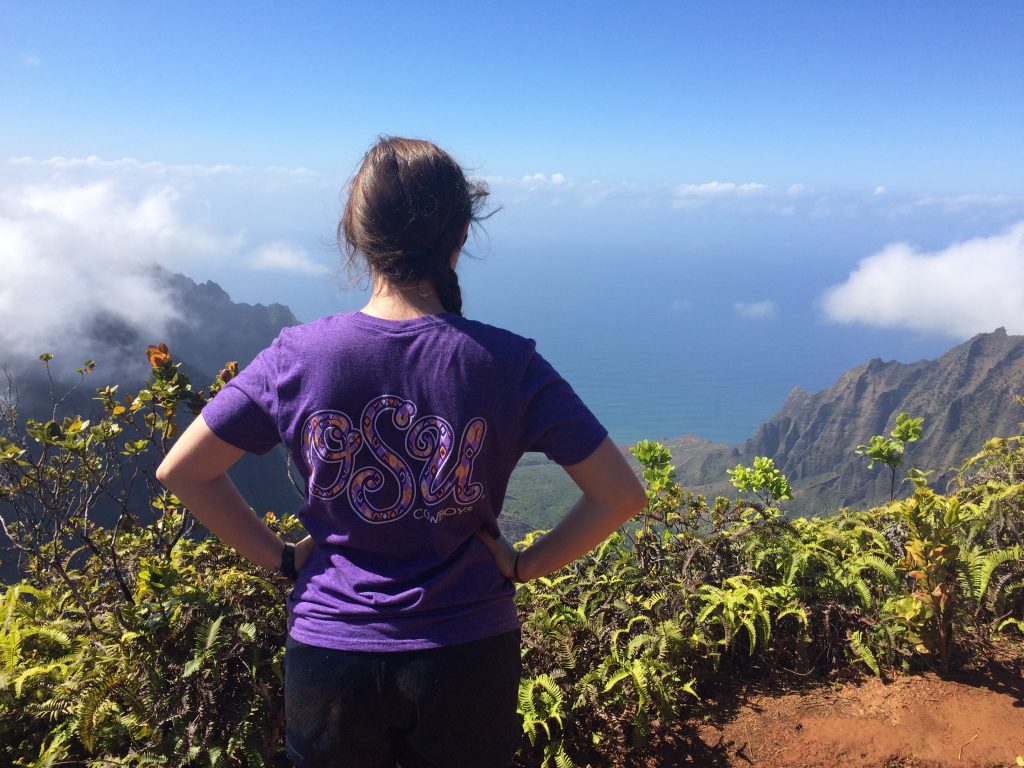 After the swamp trail, we came back to the hotel to shower and pack up to go home. Stay tuned for my favorite part of the trip in the next post 😉